Gotta be honest … I don’t really remember book quotes much (except some of the classics and poetry) and I want to feature ones I love or quote myself regularly. If you don’t hear a Princess Bride quote from me at least once a week, you don’t know me… 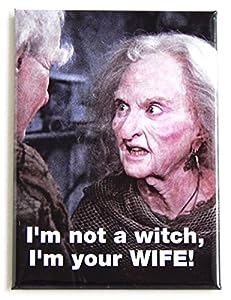 (side note to any Veggie Tales fans here–remember the French Peas?  They were modeled after the gentleman, above)

And on a more serious note, some of the best advice there is:

Honestly, I could quote movies all day long, but I won’t bore you.

What are some of your favorites?

Today’s topic is: What I Wanted to Do When I Grew Up vs. What I Do

Boy … I have big dreams and a bigger imagination, so this might be lengthy. I wanted to be a lot of things. Let me distill it down to just the main few.

First off, I wanted to be a veterinarian. At the time, you really didn’t see a lot of women in the practice. I LOVE animals. LOVE. And I figured that would be a great way to convert that love into a way to support myself. Then I read a book written by a woman who became a vet and she covered what she went through, and I realized I would have to go through, at minimum, 4 years of college, 4 years of medical school and a 2 year residency. Around this same time, I had a cat that contracted feline leukemia (which was a new thing at the time) and we ended up having to euthanize him, and I realized my heart wouldn’t be able to handle this very hard side of the vet biz. So, I’m not a vet.

Then I wanted to be an actress. I’ve been in drama since I was teeny (I remember being the empress of China in a kindergarten play, and I was Mark Anthony in “Julius Ceasar” back in 7th grade, then I hit my pinnacle with the lead in my high school production) and I love it. I even got a drama scholarship for college… and then I decided I didn’t want to go to college. Yeah, not one of my sharpest decisions. I got two jobs, moved out at 18 y.o. and never really looked back. I do miss it, though, and if we had a local theater here, I’d probably sign up. Here’s a pic of me onstage…

I’ve also written books and stories as long as I can remember. I wrote my first novel in fourth grade, submitted a novel to a major publisher’s teen novel writing contest when I was 17 (I finaled!), set it aside when I had to actually earn money for food and rent (see “got two jobs” above), but picked it up again when I was pregnant and we decided to have me stay at home with the kidlet. I was going great guns writing and publishing for several years until I helped start a couple of online businesses (www.goddessfish.com and www.longandshortreviews.com) which have sucked all the hours away from my life…

I’ve been working on writing again, because I really do miss it. But first and foremost, I have my “real” job, so writing sometimes falls to the wayside. Still, I’m nearly done adding scenes to “Kitchen Matches” (which used to be with Samhain Publishing) and I’ve also been working on the cover. I’m likely going to self-publish it and the sequels soon.  So, I guess I *kind of* ended up doing what I wanted to do when I was younger?